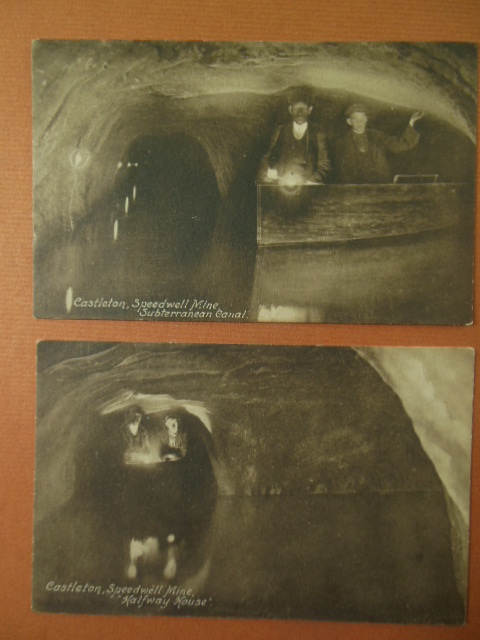 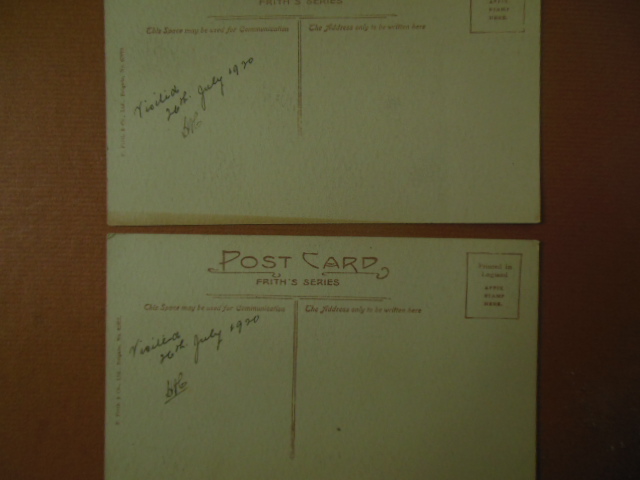 There's a ghostly quality to these two sepia postcards shot in the Speedwell Mine at Castleton (England), one at the Subterranean Canal and the other at "Halfway House." Both show people underground. Neither was used postally, but a cryptic remark on the back of each indicates that the cards were purchased as souvenirs -- "Visited 26th July 1920." Except for a few tiny spots of edge wear, these are quite clean and crisp. Each will arrive in its own plastic sleeve. 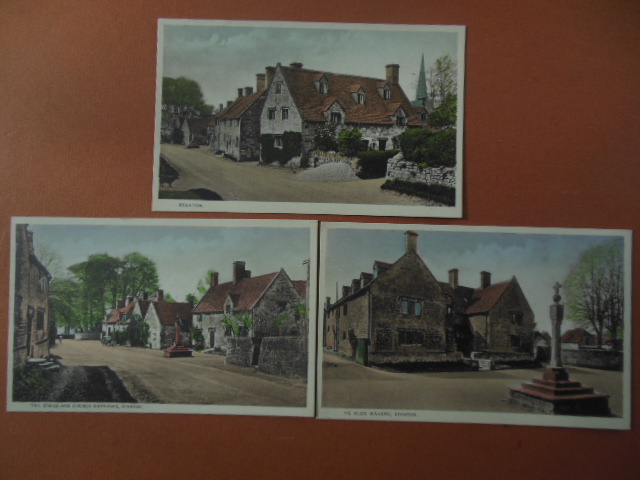 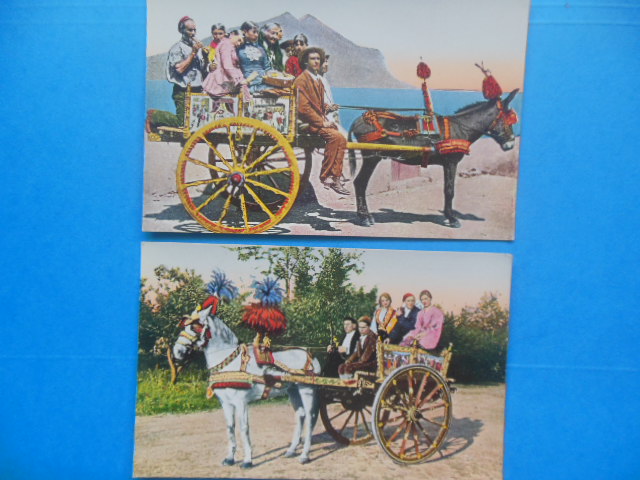 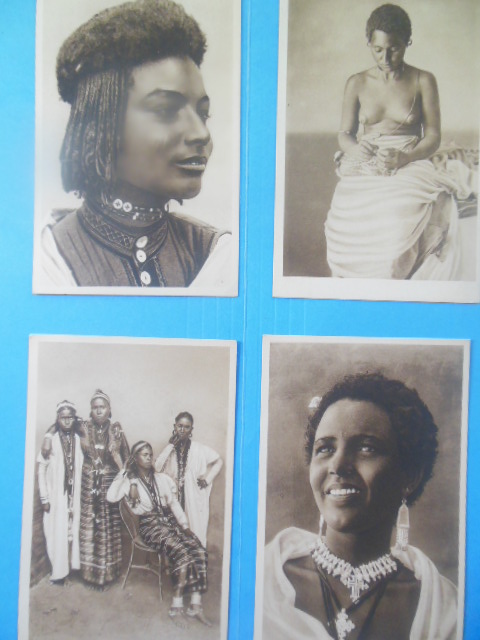 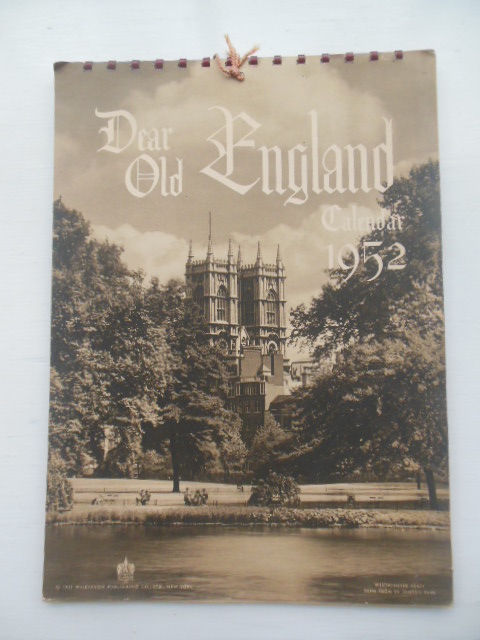