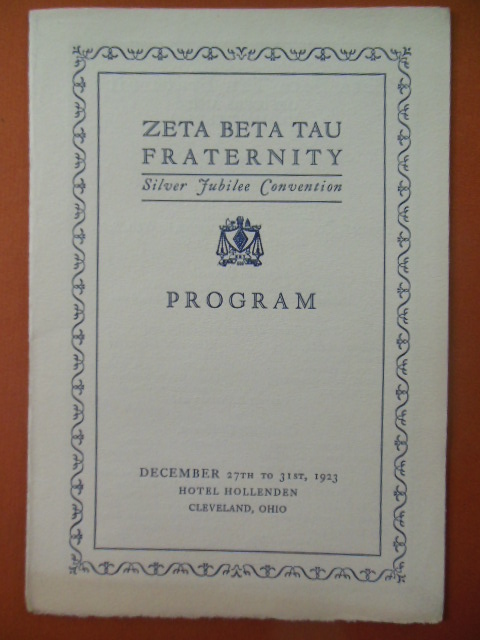 This is a cool thing, whether you are an alum yourself or are looking for an ancestor who was a member. Looks like this was quite a bash, as brothers descended on the Hotel Hollendan for a five day gala -- December 27th to the 31st. It's interesting to note that Zeta Beta Tau was the first Jewish fraternity in the U.S.. It's not sectarian anymore, but it still was at the time of this event. The brochure measures 5-1/2"x8" and pulls out to reveal five printed page on the front and five on the back. Members came from City College of New York, Columbia, Pennsylvania. Cornell, Boston, (Case)Western Reserve, Tulane, Union College Brooklyn, Ohio State, Syracuse, Louisiana State, Illinois, Harvard, Michigan, McGill, Virginia, Alabama, MIT, Missouri, Chicago, Vanderbilt, Southern California. Washington & Lee, Yale, California, Nebraska, Wisconsin, Washington (Seattle) and Washington (St. Louis). OFFICERS FOR THE NATIONAL ORGANIZATION were Julius Kahn, Harold Riegelman, Edwin R. Goodman, Clarence K. Weil, and Harry Steiner. 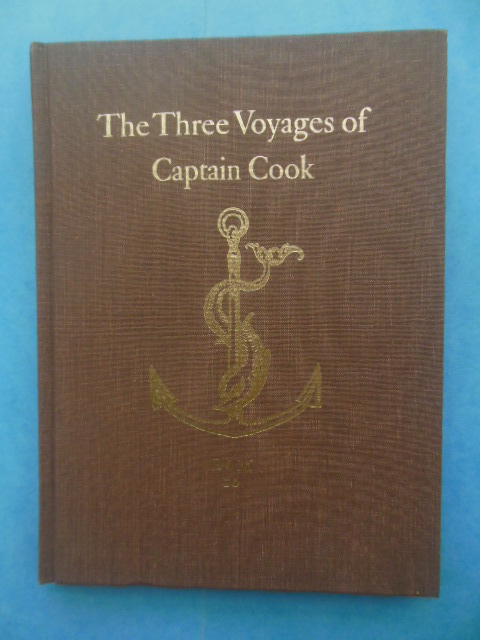 The Three Voyages of Captain Cook, 1974 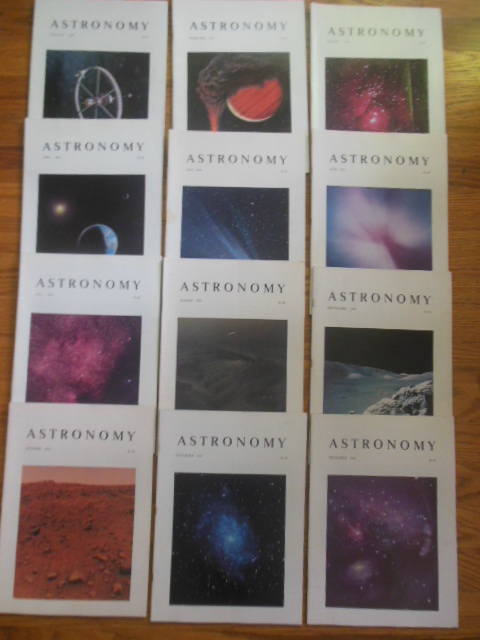 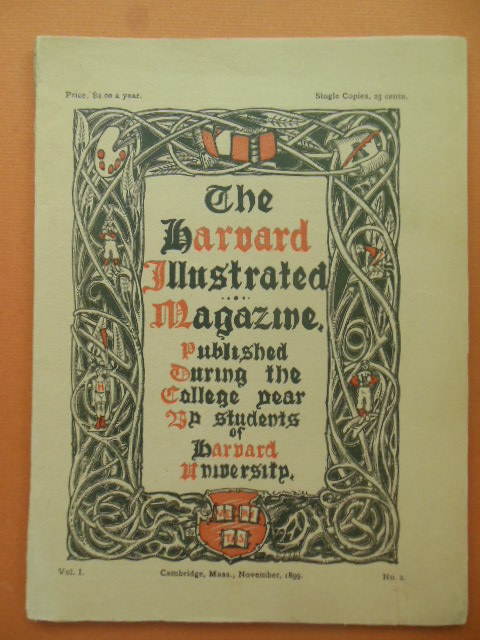 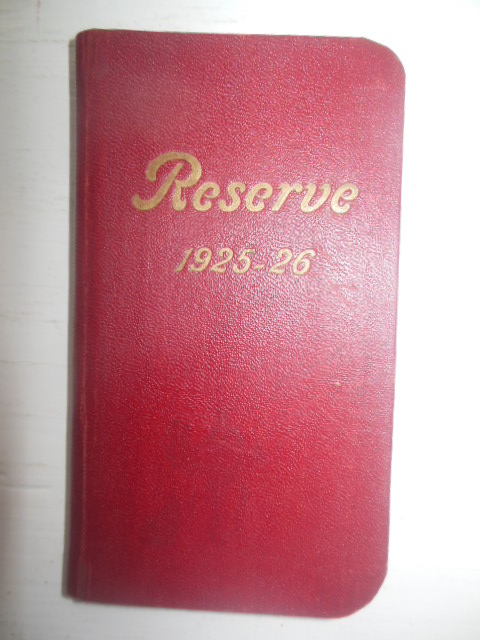