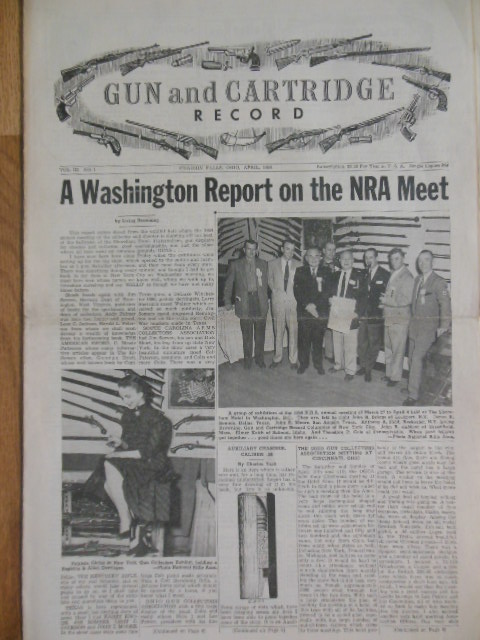 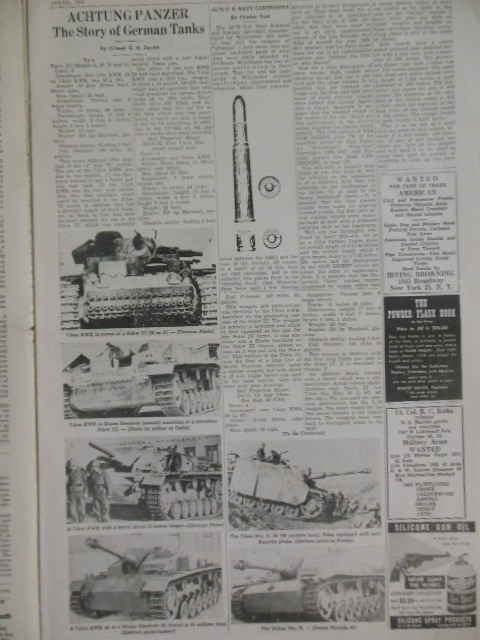 This one's a cross between a newspaper and a magazine. Retains the newspaper look, but the paper itself is much more substantial which is why it looks so nice. This is NOT the publication of the same name issued by Andy Palmer of Michigan. This one is harder to find and came from Ohio, though Palmer's is getting to be scarce too. The magazine measures 12"x18" and has 12 pages of dense text. It's clean, crisp and bright with just a few little tears which I have repaired with almost invisible archival tape. The articles are all short and cover a wide range of subjects, including an NRA meeting in Washington, Achtung Panzers, the Bacon shooting bench, Lt. Col. Fritz Clodius Skaar, Swiss uniforms 1898-1915 and much more. I have about a half dozen of these all from the 50's, so if you want a run-down on what's available use the contact button and I'll get back to you. 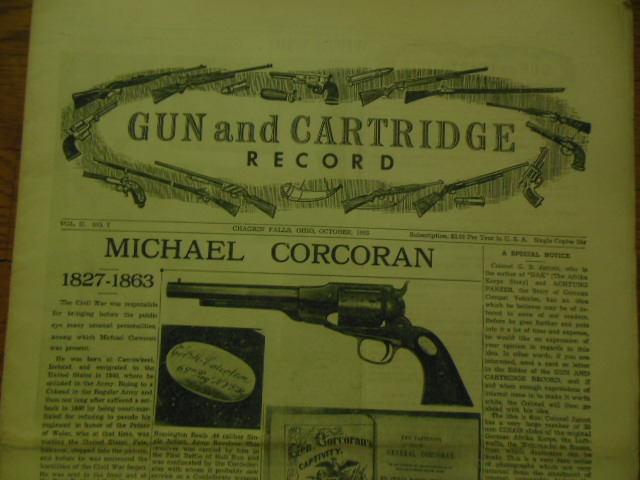 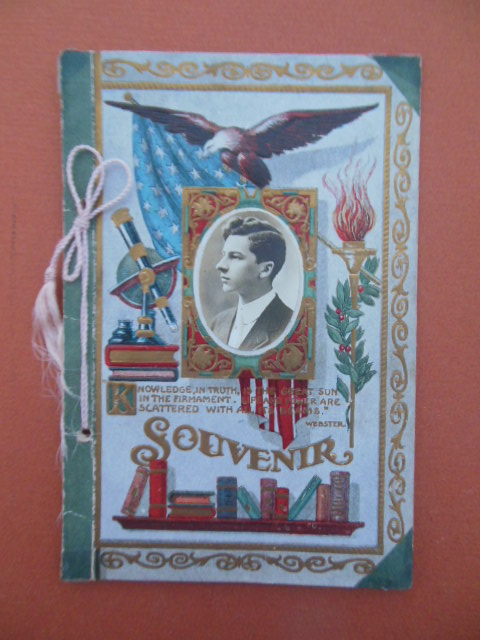 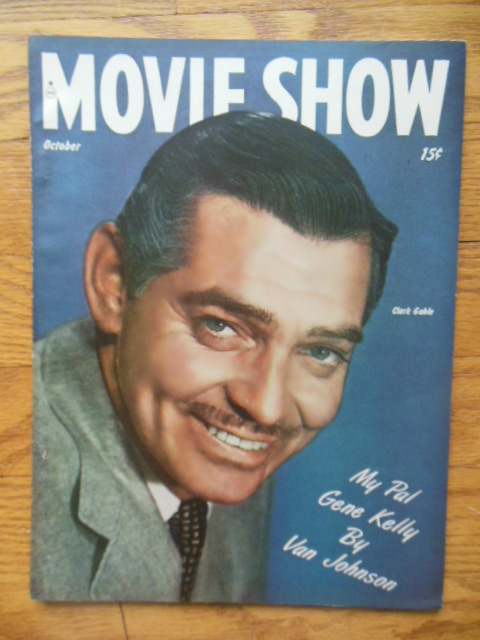 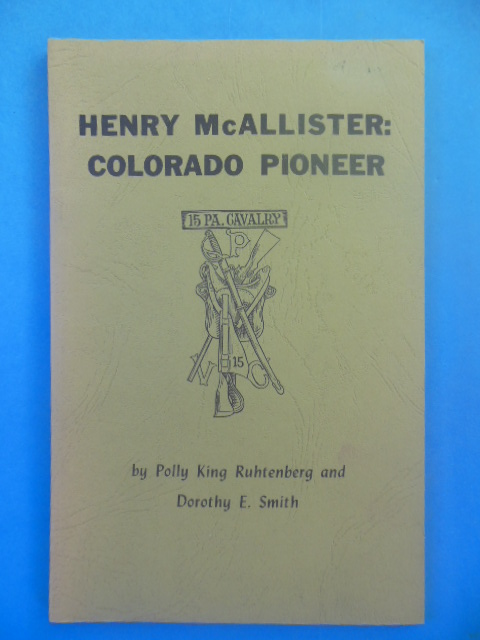