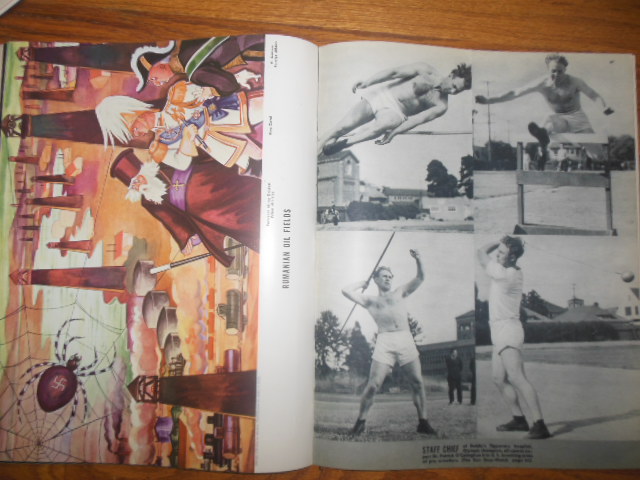 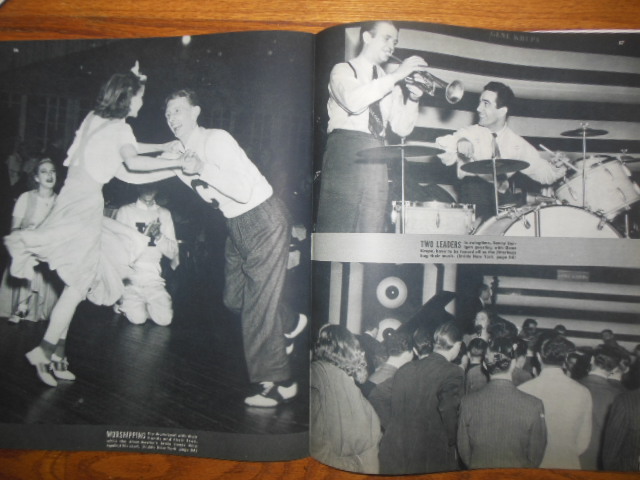 Ken magazine launched on April 7, 1938 via the founders of Esquire, but it lasted just a scant two years with two issues a month. It was political and controversial, so much so that Ernest Hemingway stopped writing for it after 14 issues. The magazine is oversized at 10" x 13-1/2" with 86 pages. This issue has a boxing article by Hemingway titled My Pal The Gorilla Gargantua. The cover story is Austrians In All But Name, a criticsm of the Reich for failing Germans of the South Tyrol. Other stories include Roosevelt as counter-revolutionary; water pollution in Pittsburgh, Cincinnati, and St. Louis; and how a white man almost hung for killing a Black man. There's also many wonderful full page photographs and many features. I have many of these magazines, so if you don't see the one you want inquire and I'll see if I have it. OVERSEAS ORDERS WELCOME, but please contact us with destination for an exact shipping quote. 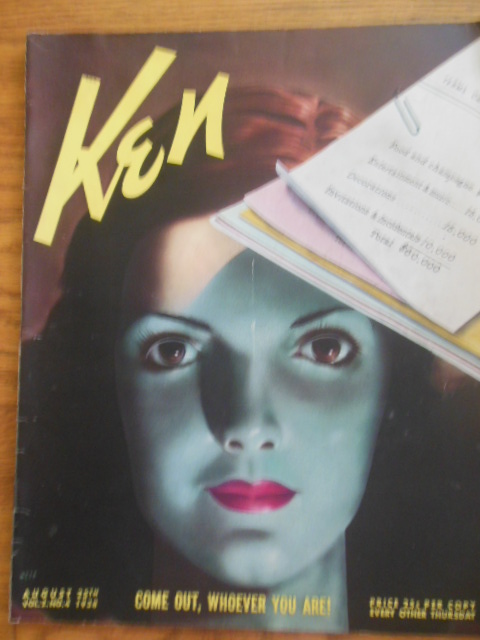 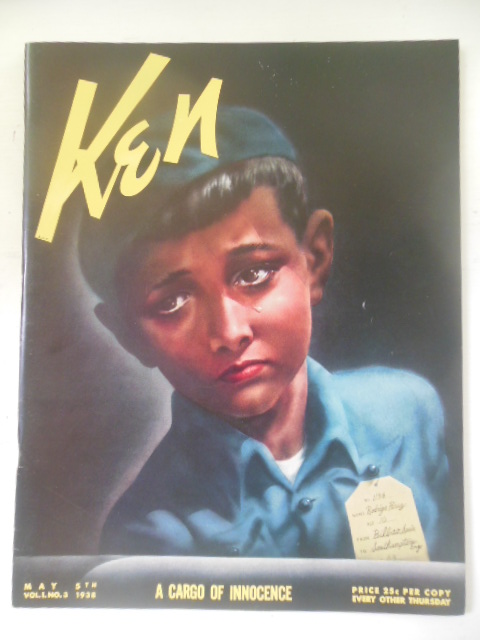