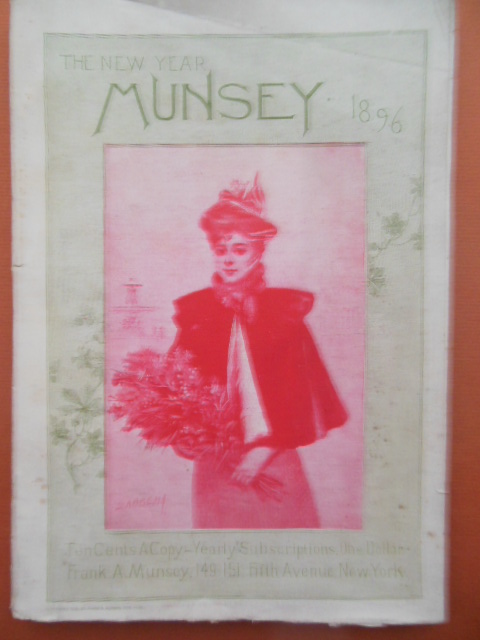 It's interesting how Munsey Magazine had a HUGE circulation and yet it's less well known than Century, Harper's and Frank Leslie's. I just got six issues though so am happy as a clam. Before I tell you about this one though here's a fun fact about Munsey -- it was considered a bit racy and some stores would not stock it due to its "undressed women and undressed statuary." This issue is clean and tightly bound. A previous owner trimmed off the overhang (known as yapped edges) -- a common reaction after they acquire a million small tears. Great ads, fiction and articles await. The most signifiant article is one about sculptor James E. Kelly entitled Sculptor of American History. Among Kelly's accomplishments are Sheridan's Ride and the Buford Monument at Gettysburg. Also of interest is a journey through Europe following the footsteps of the poet Lord Byron. Much discussion of popular culture too with photos of big names in the arts. 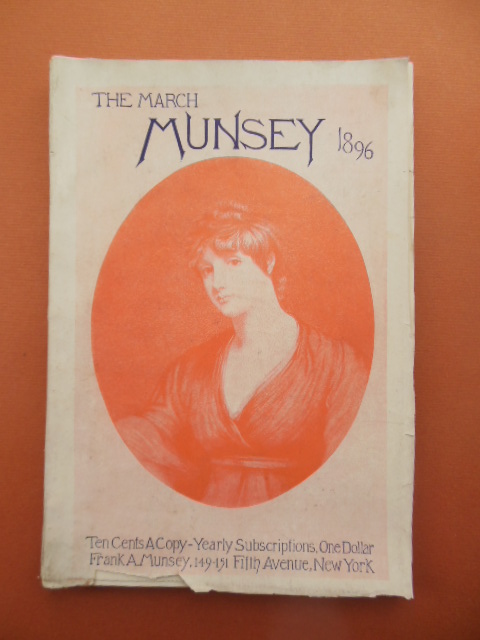 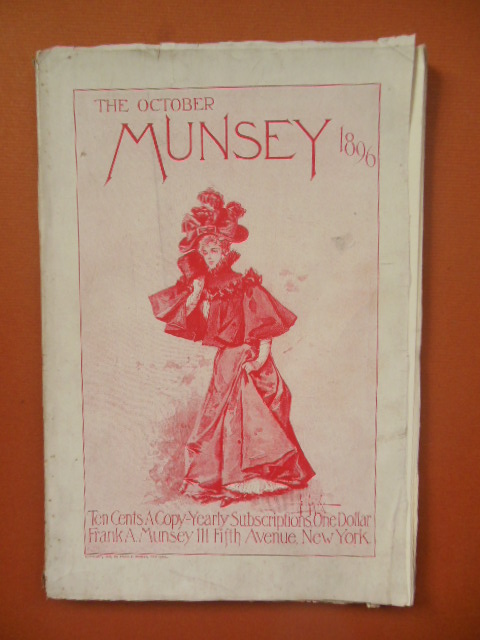 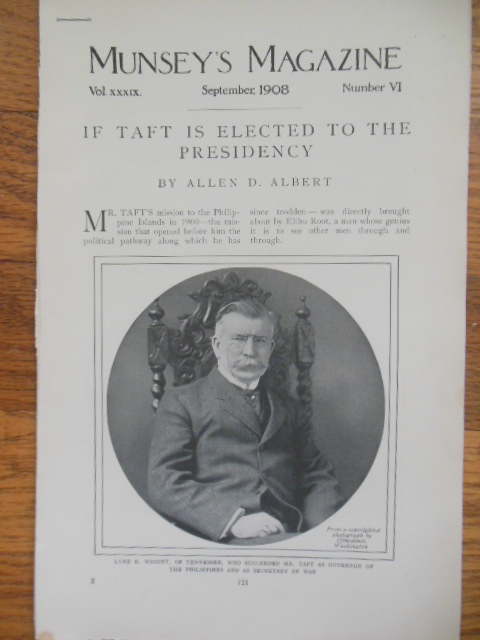 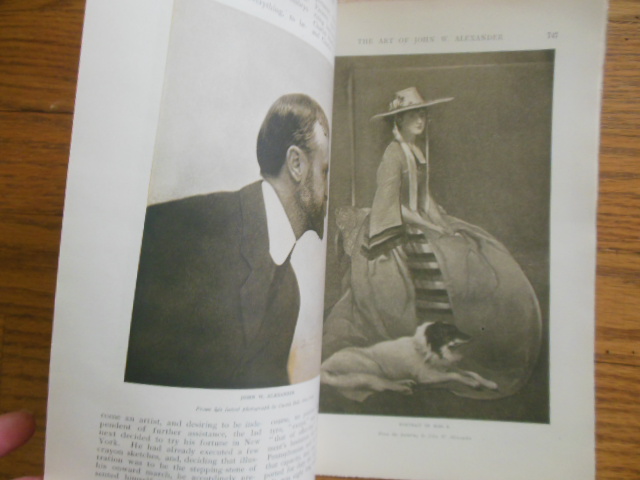