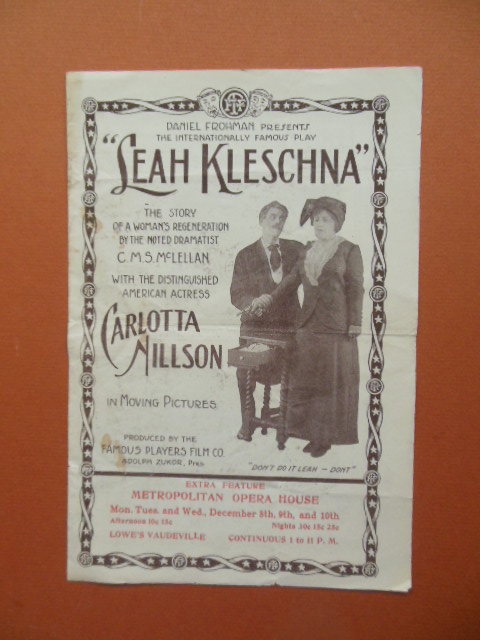 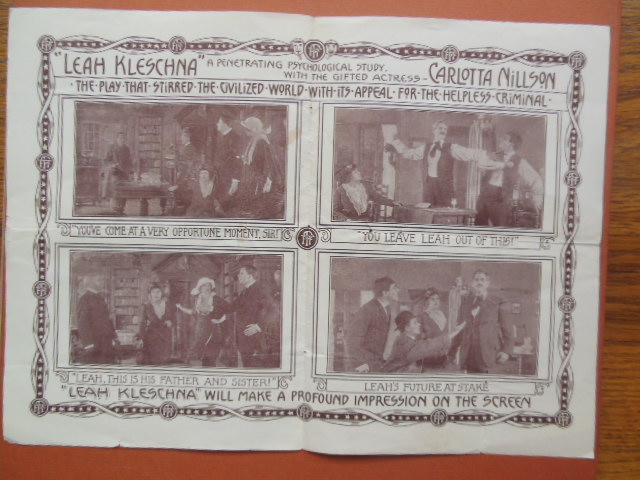 Rare four page brochure advertising actress Carlotta Nillson starring in her one and only film, "Leah Kleschna." A few small stains to front and some flat creasing, but overall clean and graphically appealing. Illustrated with stills from film inside. Synopsis on back. Swedish born Nillson was primarily a stage actress, both before and after this film which, despite the success of the play, was a box office bomb in the four-reel screen version. Nillson was one of producer Adolph Zuckor's Famous Players. By the 1920's though she'd fallen out of favor and began taking smaller roles. Eventually she also lost her fortune and by the end of her life was supported by the Actor's Fund. 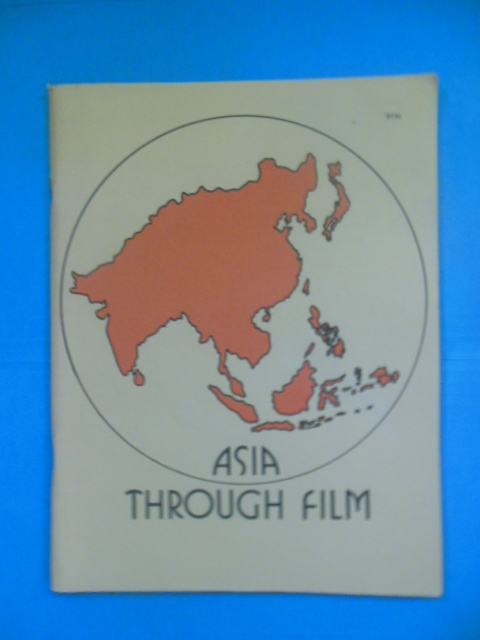 Asia Through Film: An Annotated Guide to Films on Asia in the University of Michigan 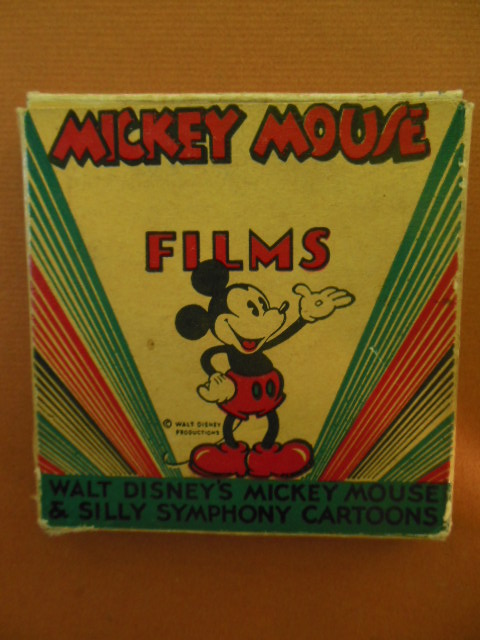 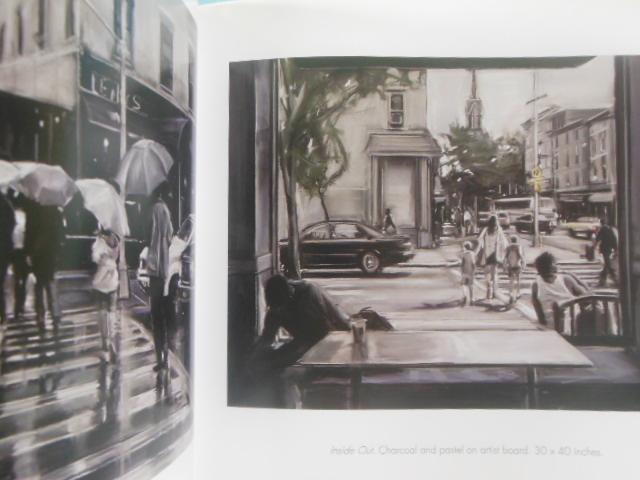 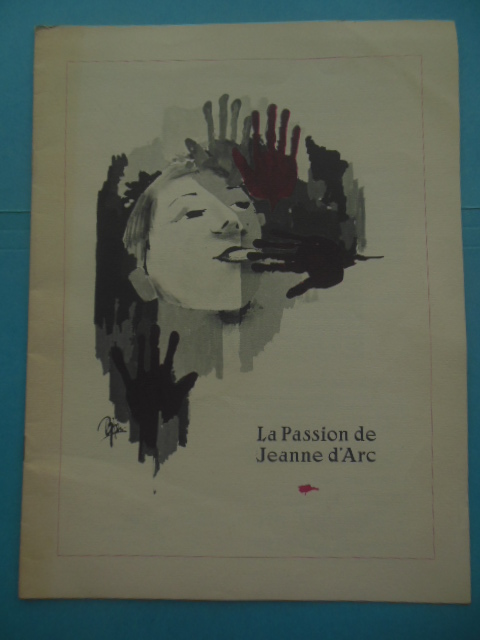