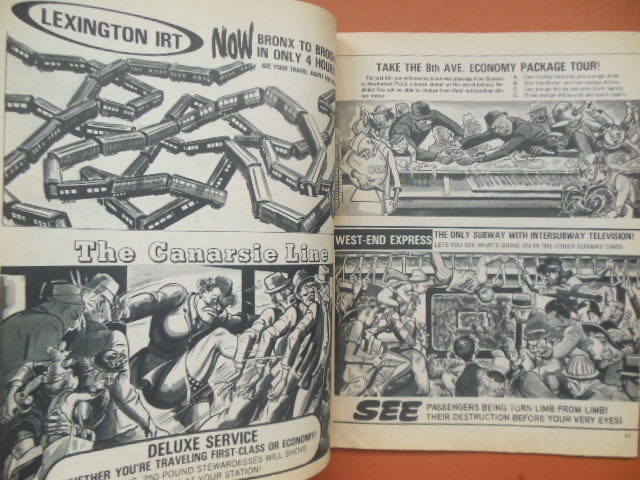 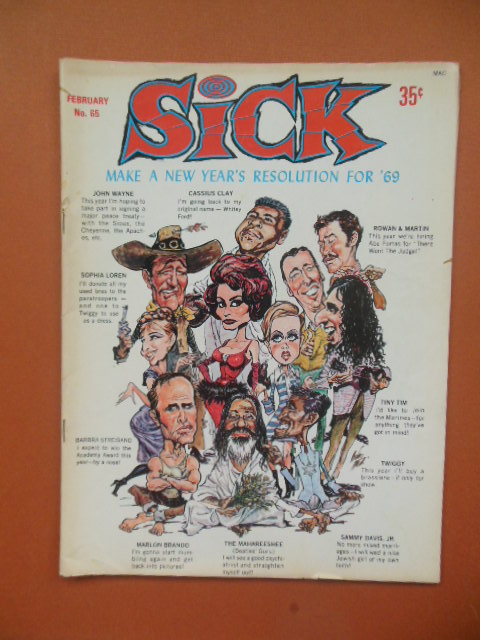 We got this magazine from the previous owner of Cracked Magazine, which you can also find here. He kept both of them very nicely and said they were the survivors of his mother's house cleaning after he'd "flown the coop." There is a little toning around the edges of the white cover and a tiny tiny tear to the bottom edge of the front cover. Sick was an almost monthly -- that is "except for January, April, July and October." It was rinted on pulp paper in a cartoony style. An homage to all things sick -- especially humor. Cover shows John Wayne, Twiggy, Tiny Tim, Rowan and Marti, and other 60's icons 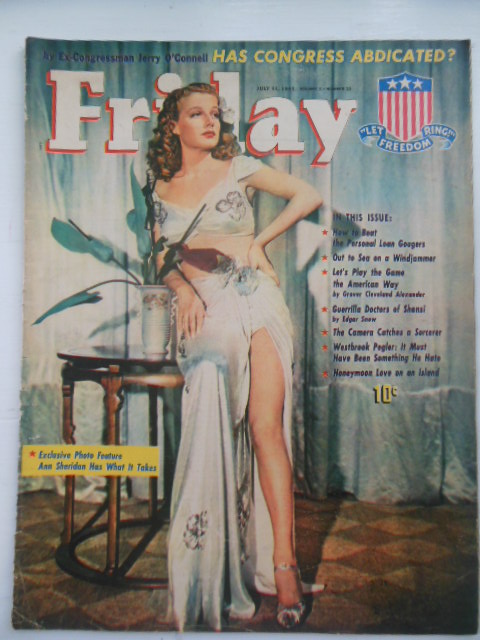 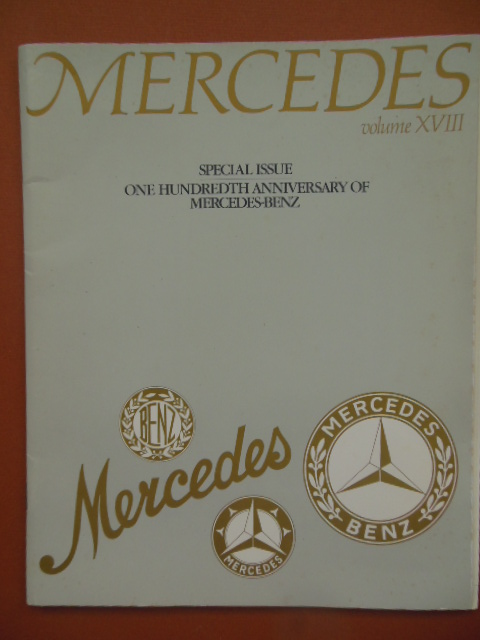 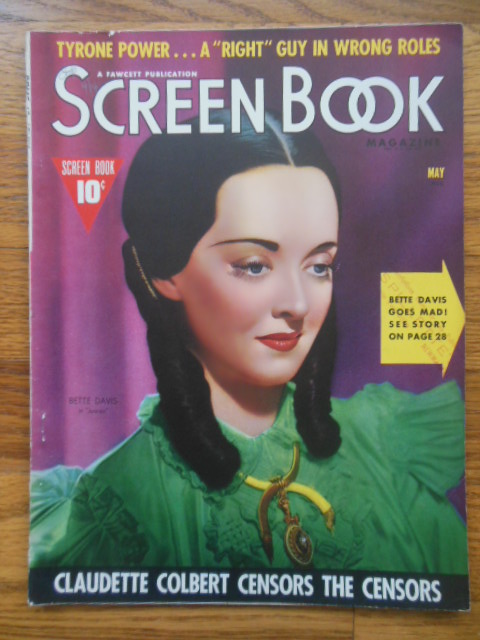 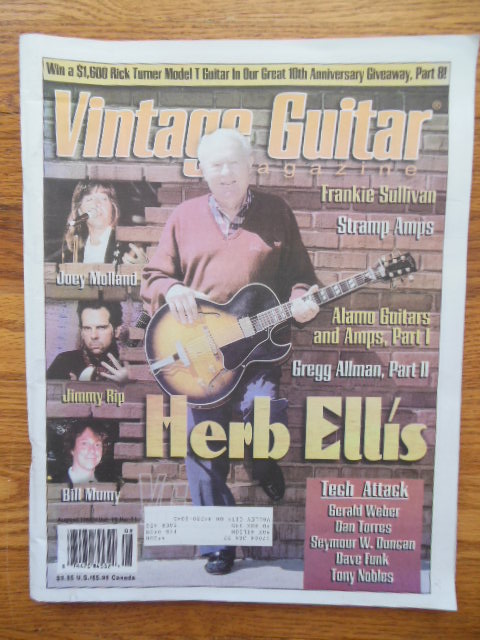