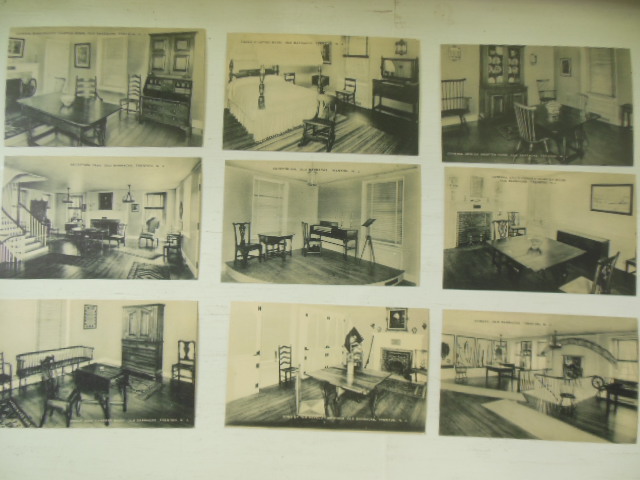 Here we have nine vintage postcards from the 40's which were not used at all -- no writing, no postage, and very crisp and clean. Black and white photography captures the colonial feel of the period furniture and appointments of rooms in the museum which once served as actual barracks for about 300 men each. This is the last of the five authorized by the colony in 1758. It became a museum in 1914 and continues operation today. Postcard scenes include: Broad Seal Chapter Room; Sons of the Revolution Room, the Armory, the Favid Forman Vhapter Room, the Auditoreum, the Recption Hall, the General Mercer Chapter Room, the Trent Chapter Room, and the General Washington Chapter Room. 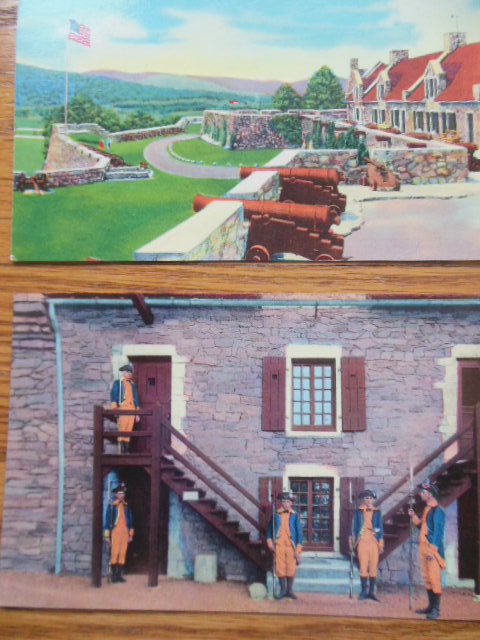 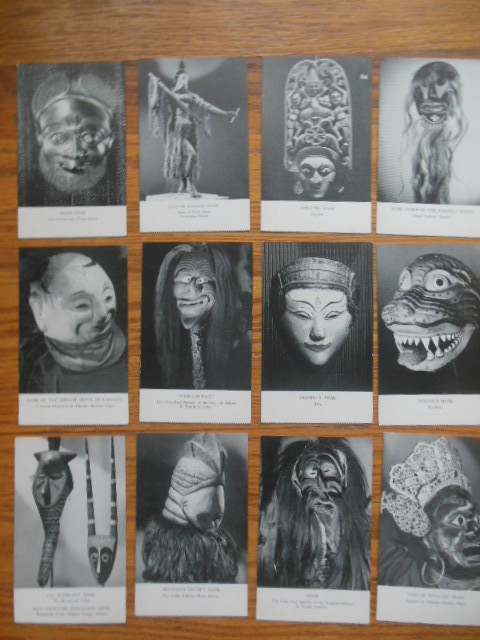