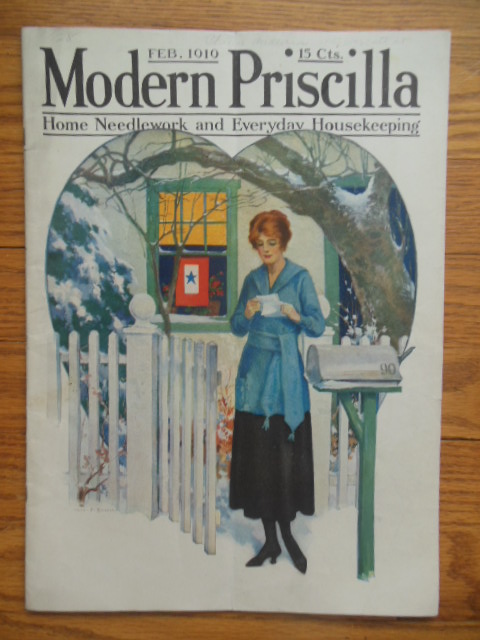 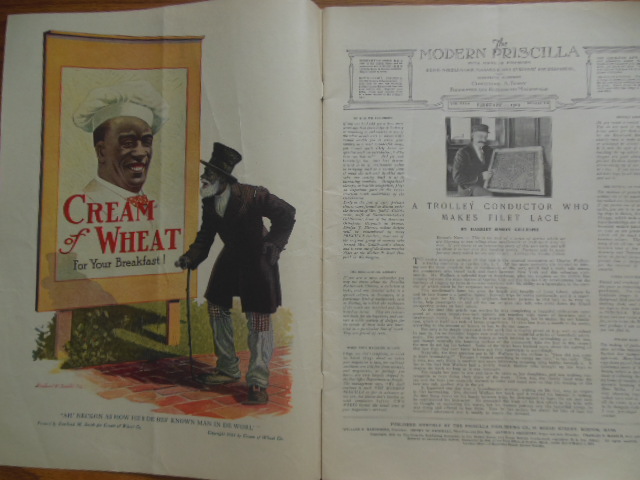 The cover graphic by Edwin F. Bayha is fabulous on this early issue of Modern Priscilla magazine, a leading needlework periodical. Note that the woman is standing out in the snow to read her letter -- the clue to whom it might be from is the blue star in the window. A touching reminder that WWI raged. The magazine shows a vertical light crease down the middle which likely incurred when inserted into the mailbox. Three short tears, one on each page at back, were repaired by me with archival tape that does not brown and is virtually invisible. Magazine is oversized at 10"x13-3/4". In addition to the color art on the front cover, there's a color ad at back cover for Argo cornstarch, one for Jell-o on the reverse, and one for Cream of Wheat on reverse of front cover with African-American interest. Many articles with instructions for making beautiful things, including lingerie. The best story though is one about a male trolley conductor who made filet lace. 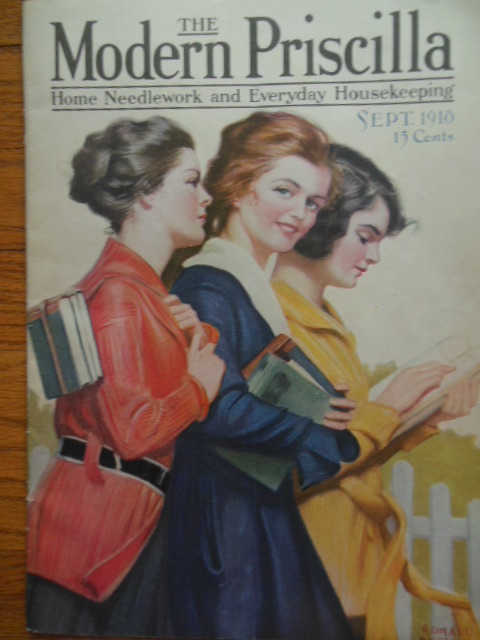 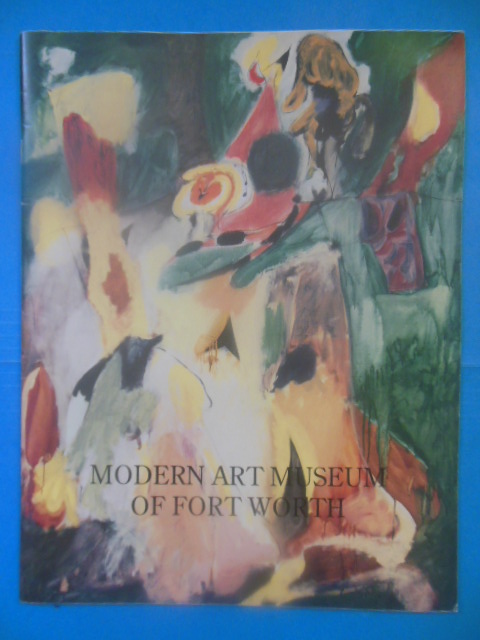 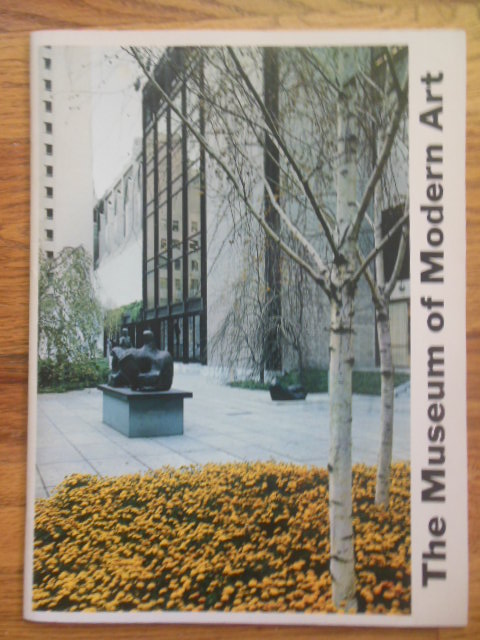 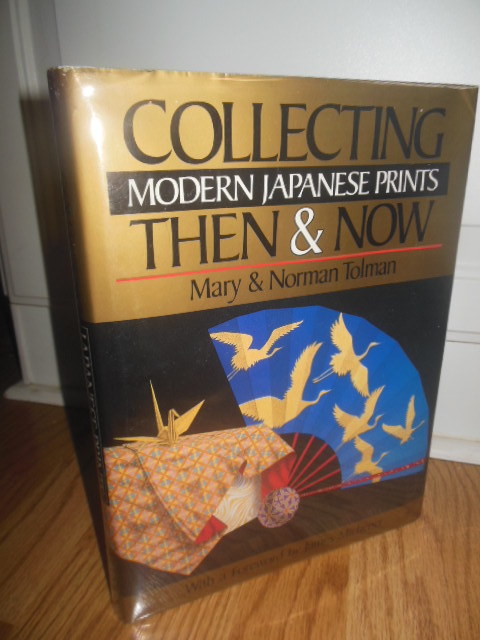 By: Tolman, Mary and Norman