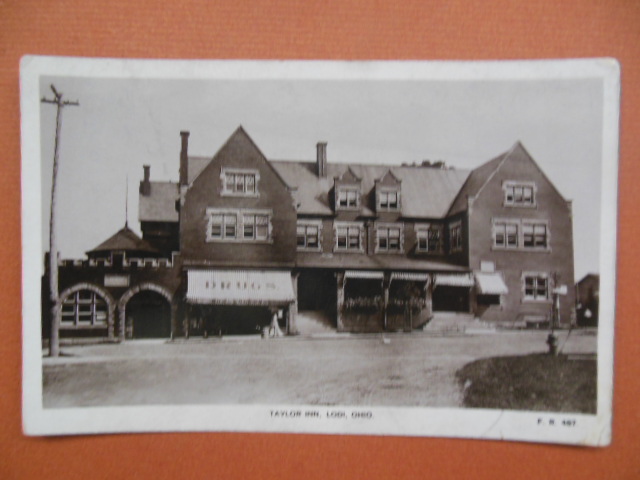 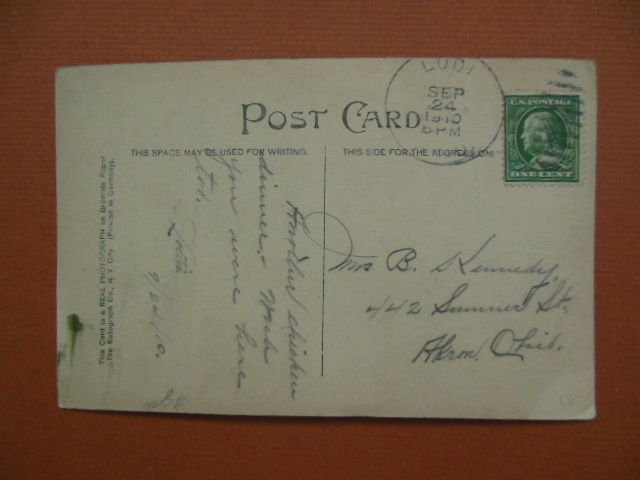 I have had many Taylor Inn cards over the years, but never this one. Not only is it a real photo (and is even marked as such), but it also shows a woman walking on the street trailing a fancy dress in her wake -- which is rather surprising given that Lodi was a small agrcultural town. The two appendages in the front to the right of the awning that says DRUGS (which I don't recall seeing before either) are two awninged bays fitted with masses of flowers in boxes. The card is postmarked Sept, 24, 1910 and was sent to Mrs. B. Kennedy of Summit Street, Akron, Ohio. The message reads, "Another chicken dinner. Wish you were here too. Lottie. 9/24/10." Card will arrive in a plastic sleeve. 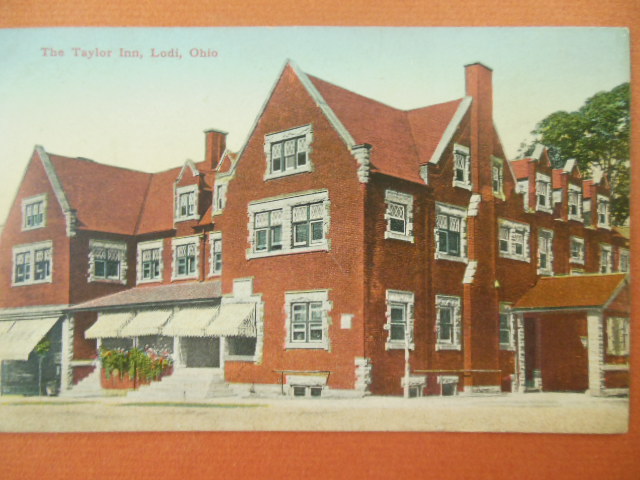 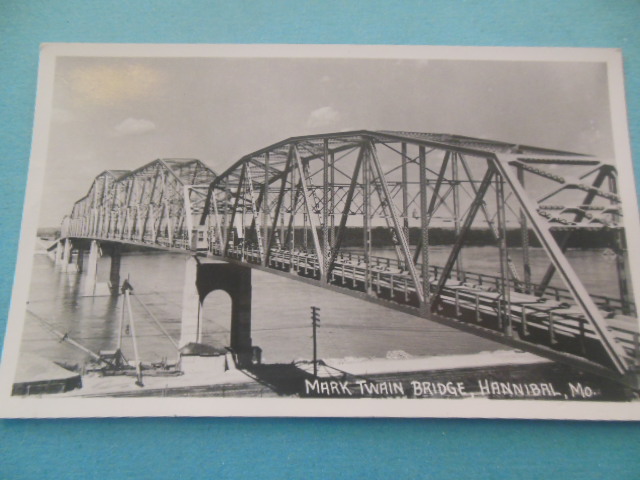 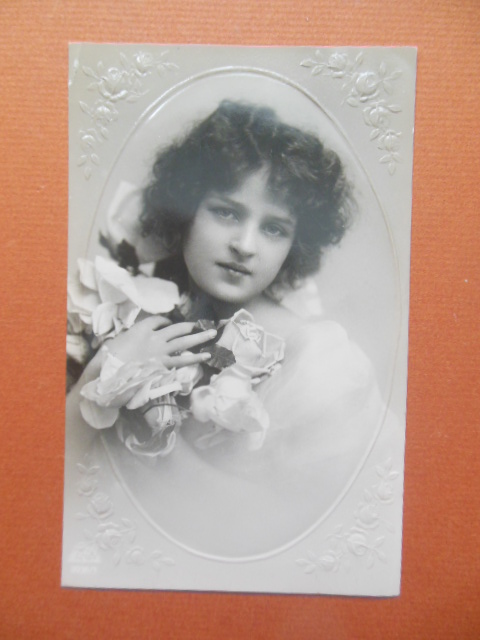 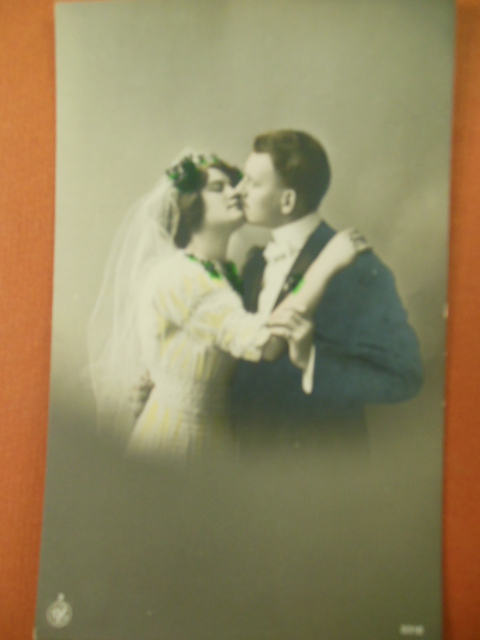