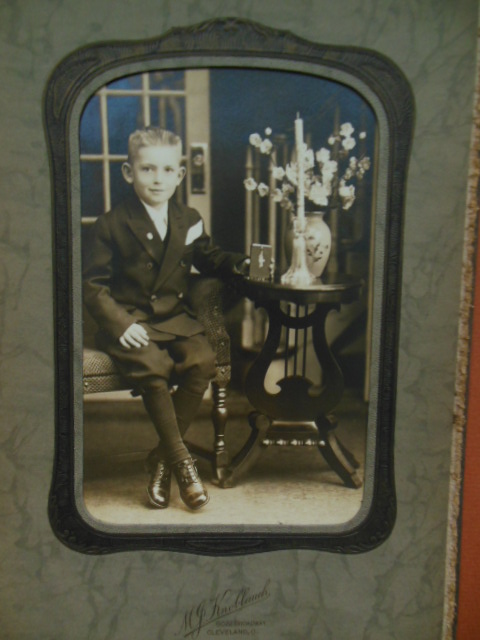 Cute little boy all spiffed up on First Communion Day. Sadly, he is lost to time -- no name, just the clue from the photography studio that he was from the Cleveland area. The knickers date him to the early 1900's. On the table next to him he's holding his little black prayer book which was the emblem of the occasion. Very handsome composition in sepia. The folder which turns into an easel for display is clean and seemingly unused. The only fault is browning to the deckled edges of the paper mounted beind the mat. The image itself measures 4"x6" and is exquisitely "framed" in a textured metallic curved opening. When closed the folder measures 6-1/2"x9-1/2" 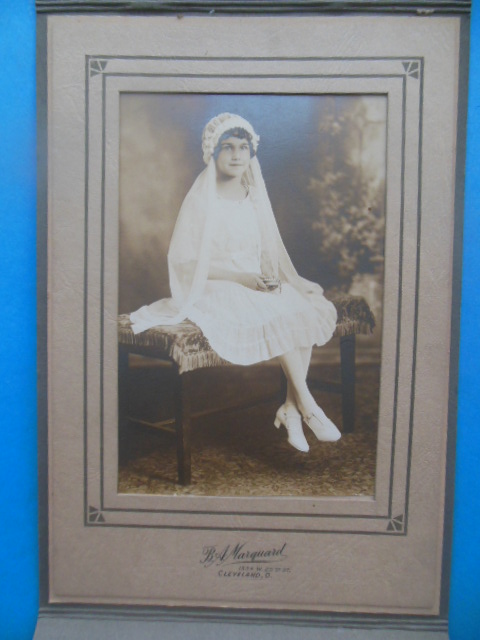 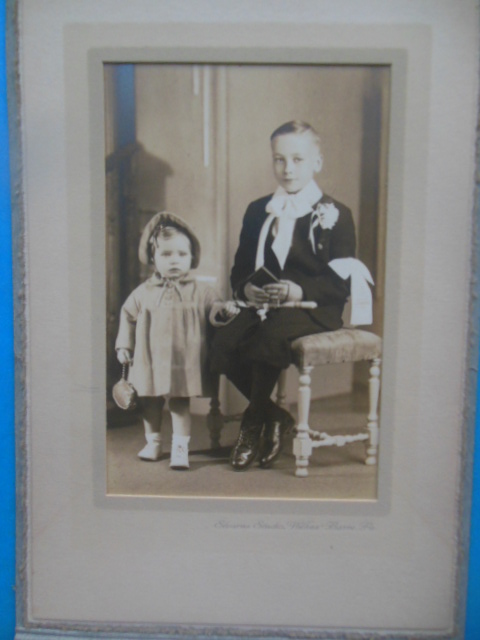 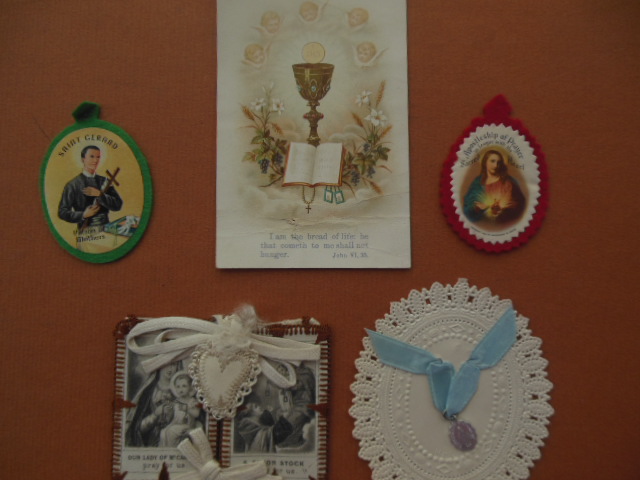 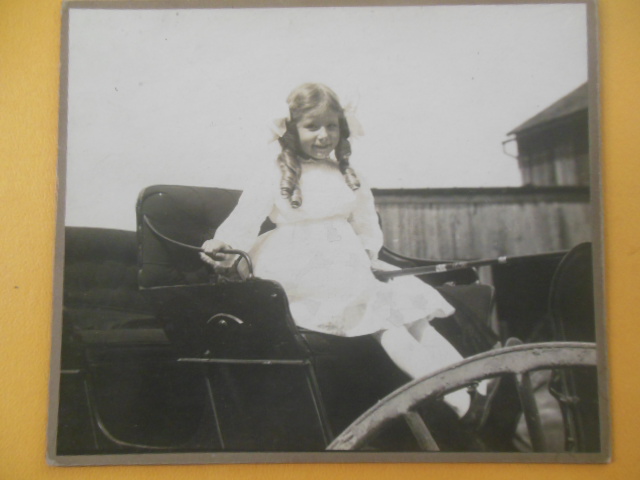