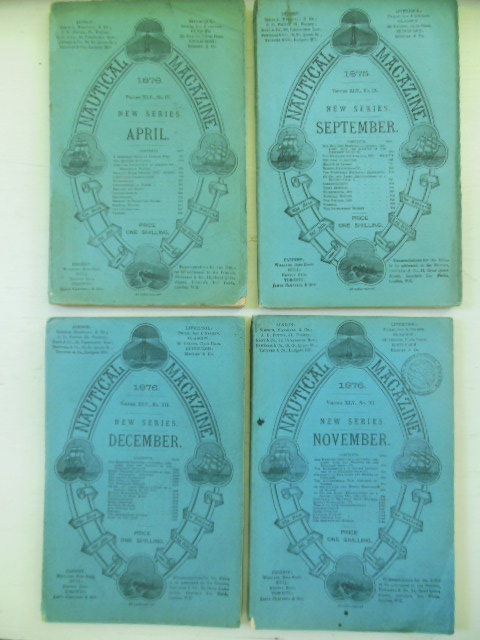 Four tightly bound magazines, each measuring 5-1/2"x8-1/2" sporting the same blue cover design with ads at back cover. This is a hard one to find in these early issues and all four are completely intact save a small loss of paper at spines. A few spines show evidence of regluing to paper, but only at crown and tail of two. Spine paper has darkened and there are a few small exterior stains, plus dampstain mark to edges of a couple pages on two issues. Otherwise text block is very clean on all. The advertising is wonderful with illustration in some instances. Magazine was published for the merchant marine and addresses itself to issues concerning same such as meterology, Canadian shipping, Atlantic steam ferries, the Merchant Marine Act of 1876, the health of seaman, international regulations, preventing collisions at sea, the Arctic Expedition, ports of Sicily, and the standing of iron ships and errors of compasses, plus much more. The publication was founded in 1832 and run by its founder, a British admiral, until 1871. 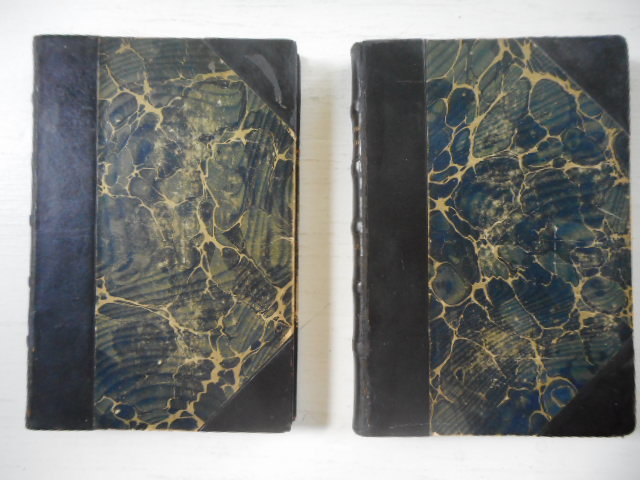 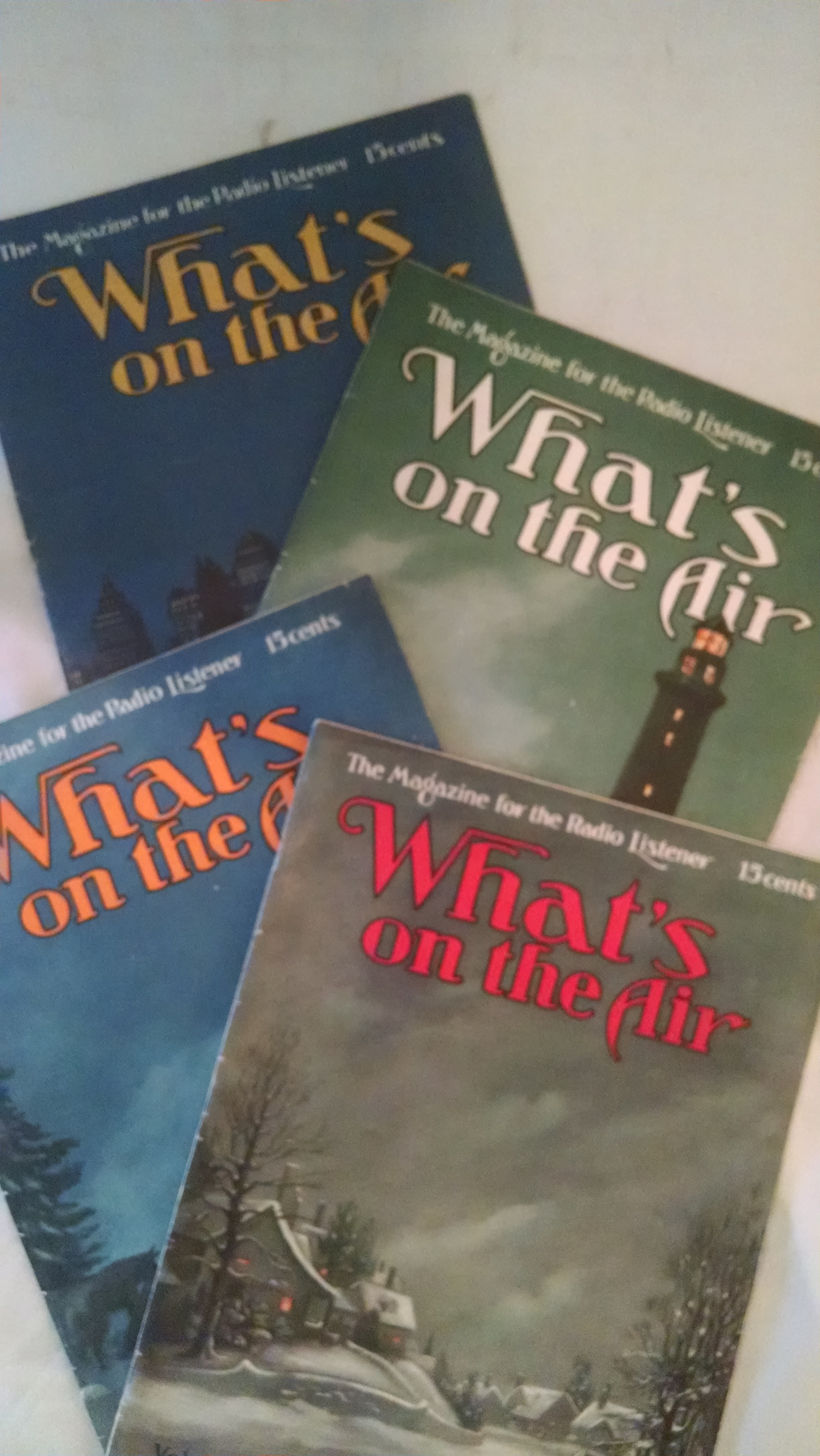 WHAT'S ON THE AIR THEMAGAZINE FOR THE RADIO LISTENER 4 ISSUES 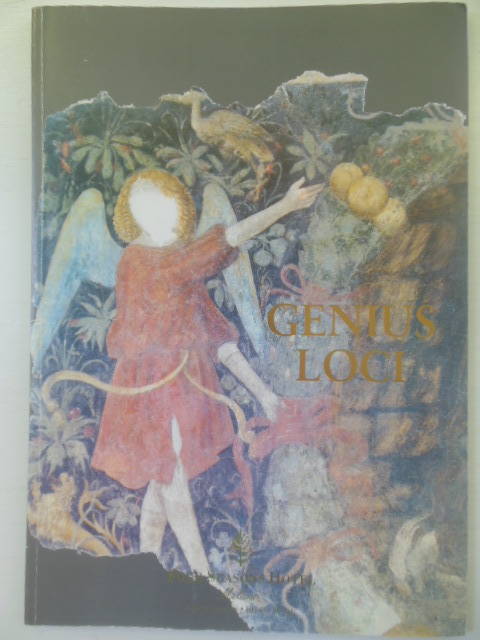 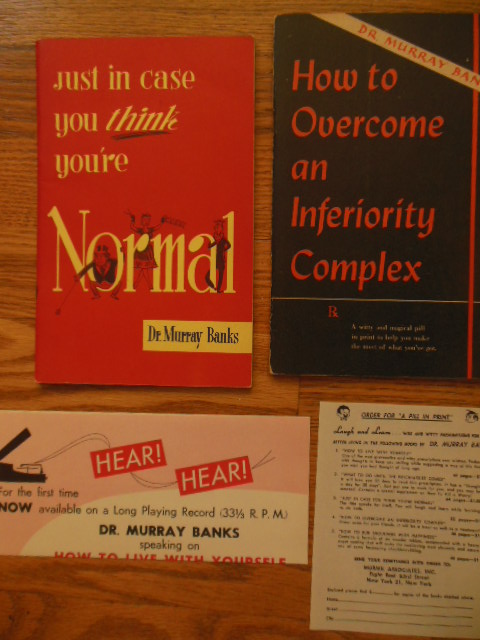 Just In Case You Think You're Normal; How to Overcome An Inferiority Complex (2 booklets 1950's)