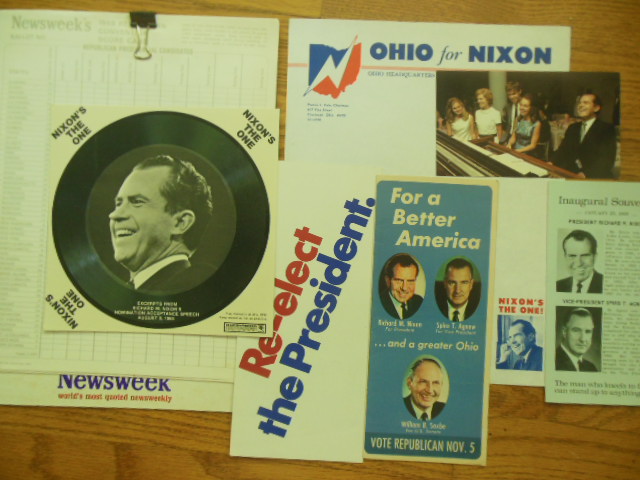 Here we have a collection of seven political ephemera items printed for the 1968 re-election campaign of Richard Nixon. The star piece is the cardboard audio record which contains excerpts (in his voice) taken from his nomination acceptance speech August 8, 1968. Next up is a color postcard (unused)showing the Nixon family in a happy moment. And then we have a clipboard sponsored by Newsweek for delegates which contains several unused 1968 Republican Convention Score Cards for Republican Candidates. There's also a blank piece of Ohio for Nixon letterhead and three brochures -- Re-elect the President, For a Better America (full color and larger when opened, and an Inaugural Souvenir. 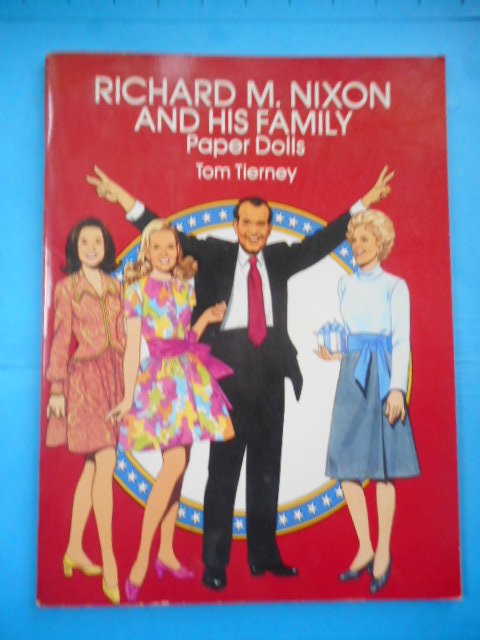 Richard M. Nixon and His Family in Paper Dolls 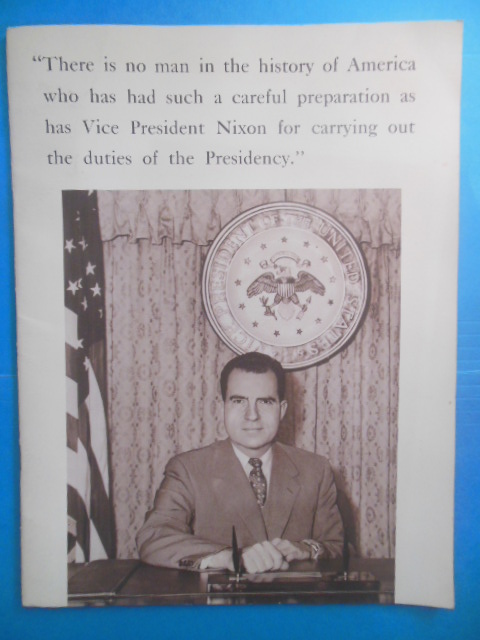 Watergate:The View From the Left 1973 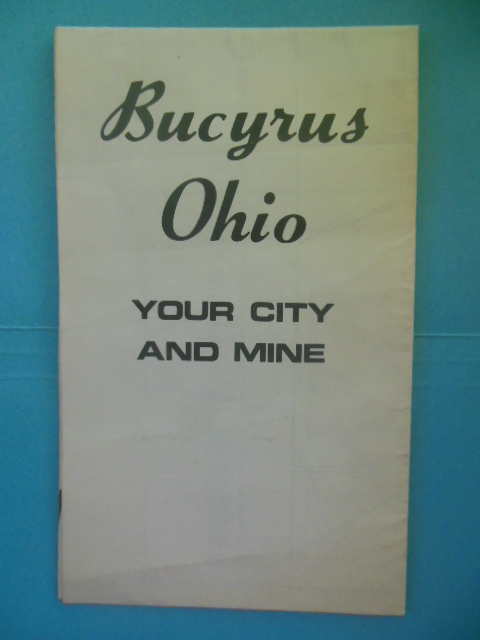 Bucyrus Ohio Your City and Mine : Map and Political Information (1975)