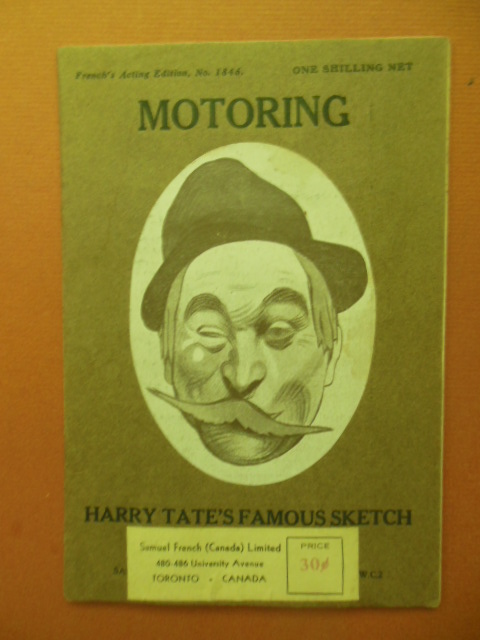 Great copy of the text of music hall entertainer, Harry Tate's (1872-1940), most famous sketch where he plays a man employed as a chauffeur, but unable to get the car started to take his son to college. The farce is presented in booklet form as a play with a great cover drawing of Harry wearing a hat and an outsized moustache. It was this sketch that made him famous. Harry's real name was actually Ronald McDonald Hutchison, but he took Harry Tate as his stage name in honor of his former employer, Harry Tate & Sons, sugar refiners. He appeared in two movies, including "Wings of the Morning" wi... View more info