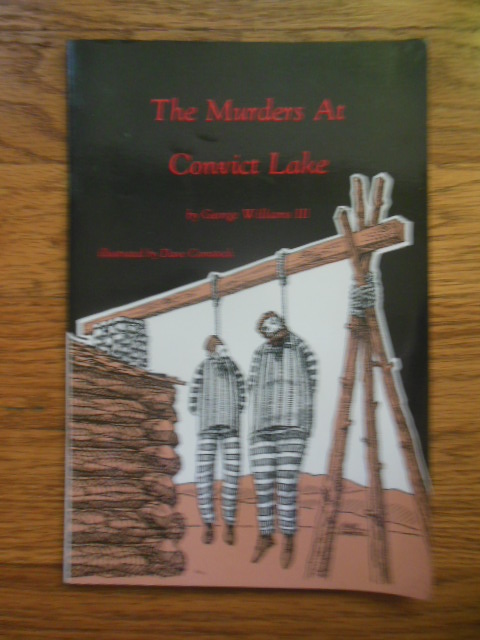 Very interesting little booklet which will appeal to history buffs and fans of real crime. It takes place in 1871 Nevada when 29 convicts broke out of the Nevada Sate Penitentiary in Carson City. Six fled into California where they were ultimately cornered at Convict Lake by a posse. of course a shoot-out ensued and the convicts killed several men in the possse before embarking on another flight. Three, however, were captured, lynched, and tried. Two of the three were hung. Info is based on newspaper acounts of the day. Booklet is illustrated throughout and has 30 pages. It's also SIGNED with...
View More...