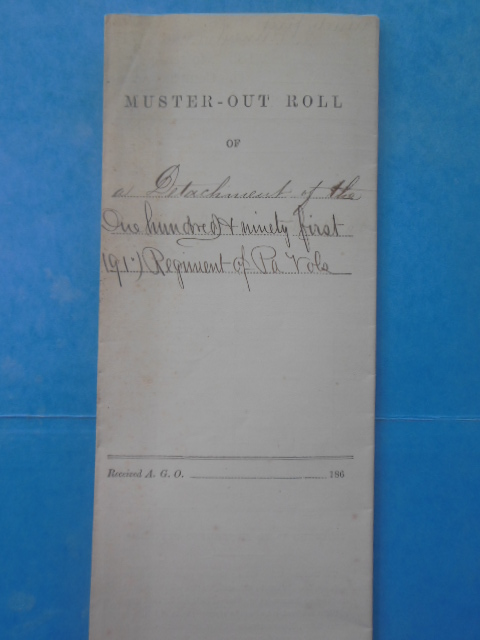 This document is part of the paperwork of the Civil War. The top part of this one should have been completely filled out, but wasn't, though the dates do appear below. The soldier mustering-out was Charles Hesse who entered as a private at age 30, March 28, 1864. He signed up in Brownsville, PA. for a three year stint and was officially entered on April 2, 1864 in Pittsburgh, PA by Lt. Williams and Major Smith. His last payment was on August 31, 1864. It was noted that the soldier had been given a Springfield rifle and accoutrements, one shelter tent, a haversack canteen and a knapsack, all of...
View More...